What the pandemic will change – and how we can help

In the 14th century the most fatal pandemic in history, the Black Death, reduced the world’s population from an estimated 475 million to 350 million. The least expected long term effect was a substantially improved living standard for the survivors. The plague benefited medieval economies by causing a consolidation of multiple tiny smallholdings into larger, more viable land estates, as the 73% who survived inherited from those laid low by the disease. At the start of 1914 most of the UK population was employed in service. After World War I the wealthy complained that they couldn’t hire a valet or scullery maid for love nor money. For the majority, better paid industrial work supplanted domestic service as the employment of choice. Nobody could have predicted such economic sea changes at the time, and speculating on the long term economic effects of disasters is notoriously difficult. However, for people affected by the current slamming on of the economic brakes, some speculation regarding how we will do business after the lockdown is necessary.

Between now and its end a transitional period of at least eighteen months is predicted – this being the time needed for the responses of national healthcare systems (resourcing the nursing and intensive care needs of the worst affected) and the pharmaceutical industry (developing medications and vaccines with accompanying implementation programmes) to reach full effectiveness. Governments under pressure to mitigate the catastrophic economic impact will lift national lockdowns first partially, then fully, as soon as possible. Some will have to re-impose further lockdown episodes in response to subsequent waves of infection. Unlike wars that typically end with an armistice on a particular date, this crisis will splutter out with dead cat bounces along the way, and without a clear ‘Deliverance Day’.

The transitional period will be characterised by mixed arrangements – with some social distancing measures continuing. People won’t be in a hurry to reintroduce handshaking. At the same time, governments will allow more types of businesses – for example a wider range of shops (but perhaps not tattoo parlours) – to resume operations. Many of the changes that people have got used to – not signing for home deliveries for example – may remain indefinitely. Changes that look most likely to survive into the transitional period and beyond are those that were underway in any case before the pandemic – and that have been accelerated by it.

‘Shopageddon’ is the most obvious example.  The switch to online shopping and the associated ‘death of the high street’ were well established before Covid-19. Now, however, shoppers who might have resisted buying certain things online – shoes, furniture or garden plants perhaps, where the help of a sales assistant or being able to touch the goods can be useful – will have grown accustomed to making their purchases online. Many of these shoppers will never return to the mall or the high street.

Finding a junior job in a shop used to be comparatively easy. Evidence of the ability to be polite being more important than academic qualifications, for most positions all you needed to do to be hired was look ‘presentable’ and make it to the interview on time. Many of these jobs will now disappear – sooner than they might have done had it not been for the push they have received from the pandemic. Amazon’s recently announced bumper profits, in the face of greatly increased unemployment over the same period, are testimony to the acceleration of this trend.

Even professional jobs are no longer safe. A number of the people who had no choice during the lockdown but to consult their doctor via a web form, or to use online legal services, will now find these alternatives to face-2-face less unthinkable than they once might have. Call centre work was already under siege from chatbots and AI. Technology’s onslaught on the job market is relentless. Covid-19 has merely helped it along.

Working from home and office-sharing

Working from home is another trend that the crisis has boosted. Lockdown has proved a boon for videoconferencing providers like Zoom, Powowonow and LogMein (GoToMeeting). Even the most controlling of managers has had to get used to not being surrounded by their staff sitting at their desks. The transitional phase will usher in hybrid models. Bosses will return to wanting their staff physically on site again – but on a more occasional basis than before. If an employer only needs people to be in the office a few times a week for team-based activities then they don’t need to lease as much floor space on a full time basis. The logical move then is to office-sharing.

A mitigation for businesses that have been losing revenue

Companies whose revenue streams have been hit by the economic downturn may want to take advantage of this increasing uptake of shared office space as a way of supplementing their income. In the same way a person who finds themselves on hard times may choose to let out a spare room in their home, businesses having to cope with reduced cash flow can rent out under-used meeting rooms, offices and desks on an ‘office Airbnb’ model. As a solution centred on room-finding, not reliant on digital touchpad technology, Where’s Free with MS Outlook/Exchange is already particularly well placed to help both hosts and guests in an office sharing model. However, Where’s Free now has a new integration with a cutting edge technology that addresses the associated safety and security concerns of businesses seeking to let out desks and rooms on an ‘office Airbnb’ model. To learn more about this new solution and how it can help in this and other aspects of office space management click here: https://wheresfree.com/contact/ 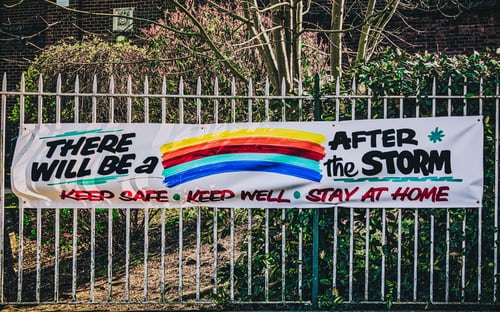