Few of us today manage to avoid working in an open plan environment – the workplace layout is now so pervasive that it is taken for granted. Even senior managers, who used to be allocated their own office as a matter of course, are now pressured into sharing the open plan space to ‘show they are part of the team’. Famously, Mark Zuckerberg occupies a desk in Facebook’s open plan environment – although he also makes heavy use of a ‘private conference room’ much of the time.

Yet, most studies have debunked their benefits for as long as these floor plans have been in vogue. More and more of them show that open plan environments are counter-productive. Researchers have demonstrated that people in open offices take nearly two-thirds more sick leave – they also report greater unhappiness, more stress, and less productivity than those with more privacy. Despite employees’ dislike of them, and all the research showing that they’re ineffective, organisations have proved slow to give them up. Why? And, what can office workers do to mitigate the problems that they cause?

What the studies show

Oxford Economics, with Plantronics, produced the report: ‘When the walls come down – How smart companies are rewriting the rules of the open workplace’ (https://www.oxfordeconomics.com/my-oxford/projects/336497) by surveying more than 1,200 senior executives and non-executive employees from a range of industries worldwide. The study found that what workers wanted from their workplace, above all else,  was freedom from distractions. People want to focus and be productive when they get to the office – not spend hours chatting with their colleagues.

A Cornell University study of 40 clerical workers by Gary W. Evans and Dana Johnson showed that low intensity sounds increased the subjects’ epinephrine levels (the body’s stress-related biochemical trigger for a fight-or-flight response). Even apparently innocuous sounds such as laughter, people eating snacks or sneezing activated feelings of anger or irritation among employees – ruining productivity as well as creating resentment.

Noise in the office

Employees in these and other studies fed back that their number one frustration with open plan working environments was noise. Our experience of several open plan environments in several countries shows that the level of noise varies considerably. Each office has a slightly different culture and etiquette with regard to making noise in open plan areas. In some environments people act as if there’s nothing wrong with loudly discussing yesterday’s soccer game, their holiday plans or some TV show they’re into whilst standing just inches away from a co-worker who is obviously trying to concentrate. At other places the atmosphere is more monastic, more studious.

The irritation that someone trying to work feels in such a situation is exacerbated by the difficulties of complaining. Whether you politely invite chatty colleagues to go elsewhere to converse or bluntly instruct them to ‘shut the f**** up!’ it’s difficult not to come across as a party pooper, a kill-joy who spoils the social side of coming to work. More commonly the innocent worker will simply sit there pretending they aren’t bothered until their frustration reaches boiling point. A BBC Work life article ‘The open office layout is a hotbed of noisy irritations. What should you do if it’s driving you to distraction?’ https://www.bbc.com/worklife/article/20170426-what-to-do-about-your-noisy-office ’ illustrates the way people exacerbate their frustration by trying to contain it in such situations.

Of course, the source of the noise isn’t limited to co-workers who are inconsiderate of the distraction their noise causes. Making phone calls is usually a legitimate part of any job – and being chatty and friendly rather than curt during a call is usually justifiable. Some people also have a tendency to shout when they’re on the phone, especially if the line is bad. However, its validity doesn’t make such noise any less distracting for the co-worker who is trying to do figure work, review a document or craft an email.

Second only to noise came the closely related frustration of lack of privacy. Unfortunately, employers who provide call booths, pods with doors, or indeed anywhere for an office worker to speak privately on the phone without disturbing their neighbours, are rare as hen’s teeth. Someone needing to take a call about a problem with their child at school, having to arrange a doctor’s appointment or to discuss a financial matter can be made to cringe with embarrassment when they are forced to conduct the whole conversation in public.

A major claim made for open plan environments is that they encourage greater teamwork and collaboration – also that people pick up on each other’s energy and enthusiasm.  Yet, these promises – practically an article of faith in corporate life – are not backed up by the research. A 2018 study by Harvard Business School blew the notion that they promote collaboration completely out of the water. It found that open offices reduce face-to-face interaction by about 70% and increase email and messaging by roughly 50%. The idea that people are enthused by their colleagues is also contradicted by a 2016 Steelcase study across 17 countries which reports that more than one third of workers in these environments feel disengaged. Those who can recall the fashion for motivational posters in the nineties may be familiar with one that went: ‘Attitudes are contagious. Is yours worth catching?’ There is no more reason why the office worker occupying the neighbouring desk should prove to be inspiring than demotivating. If you’re unlucky, you may not find there is a lot of energy and enthusiasm to be lost, rather than acquired, by sitting next to them!

Although there were secretarial pools in the 1940s, and clerical pools in an even earlier era, it is Google who are credited with making the Open Plan environment trendy today. In 2005, the then seven year old search engine company, renovated its headquarters in Mountain View, California by opening up the floors. The lofty, light-filled result was something of a showcase for the company’s growing wealth and influence – one that sent the message: ‘New era. New way of doing things.’ There is certainly one school of thought that believes open plan implies to investors – especially tech investors – that a company is ‘go ahead’. Corporations, especially the West Coast technology start-ups founded during the dotcom boom of the late nineties, flocked to emulate them (perhaps in the hope some of Google’s success might rub off on them). In reality, dotcom companies moved into large open floors in bare-walled lofts and former warehouses because they knew such spaces were expedient for rapidly expanding – or if necessary contracting – enterprises. One benefit of open plan is, of course, their flexibility. They make squeezing in more desks, or removing some, a lot less work than pulling down and re-erecting partition walls.

Of course, the greatest ‘benefit’ of open plan, and the one hardest to argue with, is that it is cheap. In fact, the more people who can be squeezed into an open plan area the lower the real estate costs. According to commercial real estate association CoreNet Global, the average space allotted to individual employees globally has fallen relentlessly since 2010, when it was from 225 square feet, to below 125 square feet per person today. For the world’s largest companies this adds up to huge savings – but at what point does it impair people’s ability to work so much that assigning them ever less space becomes counter-productive?

WeWork claims it can compress people into ever smaller areas, for example taking Expedia’s Chicago office from three floors down to two, without sacrificing employee satisfaction. They claim they can achieve this by creating a variety of seating arrangements – including some private areas and small offices. WeWork’s view is that a mix delivers the benefits of office workers interacting more, while also allowing private areas for work requiring focus because people need different working environments at different points, and for different tasks, during their day.

This might sound promising. However, the most expensive part of an office is the meeting room. WeWork’s workaround, for the need for small meeting rooms at least, is the pod. These portable phone booth style rooms have a door and can be dropped into an existing layout – but with a footprint of just 15 square feet they’re pretty tight! However you look at it, and in spite of the increasing trend for homeworking, it seems that the curse of the open plan office is not going to go away anytime soon – if only because of the economics.

Can technology save us?

There are a number of point solutions that facilities managers can deploy to help: noise-friendly flooring, barriers and screens made of sound absorbing materials, specialist acoustic ceiling and wall tiles – even the humble pot plant can do something to dissipate noise. It’s not a complete fix, but one thing you can try yourself is to plug in your in-ear earphones – or better still don earphones of the type with heavily padded ear cups.

There are also some clever high tech solutions now coming onto the market that mask out background noise with a constant low level ‘whoosh’ without interfering with sounds over a short distances, such as speech. Simpler and less costly, Where’s Free can mitigate the problem. How? Launch the Where’s Free main display and it will show you any rooms that are unreserved, plus those that are reserved but unoccupied. Use the room for the time you need to focus, then return to the open plan area when you feel it’s time to interact again. 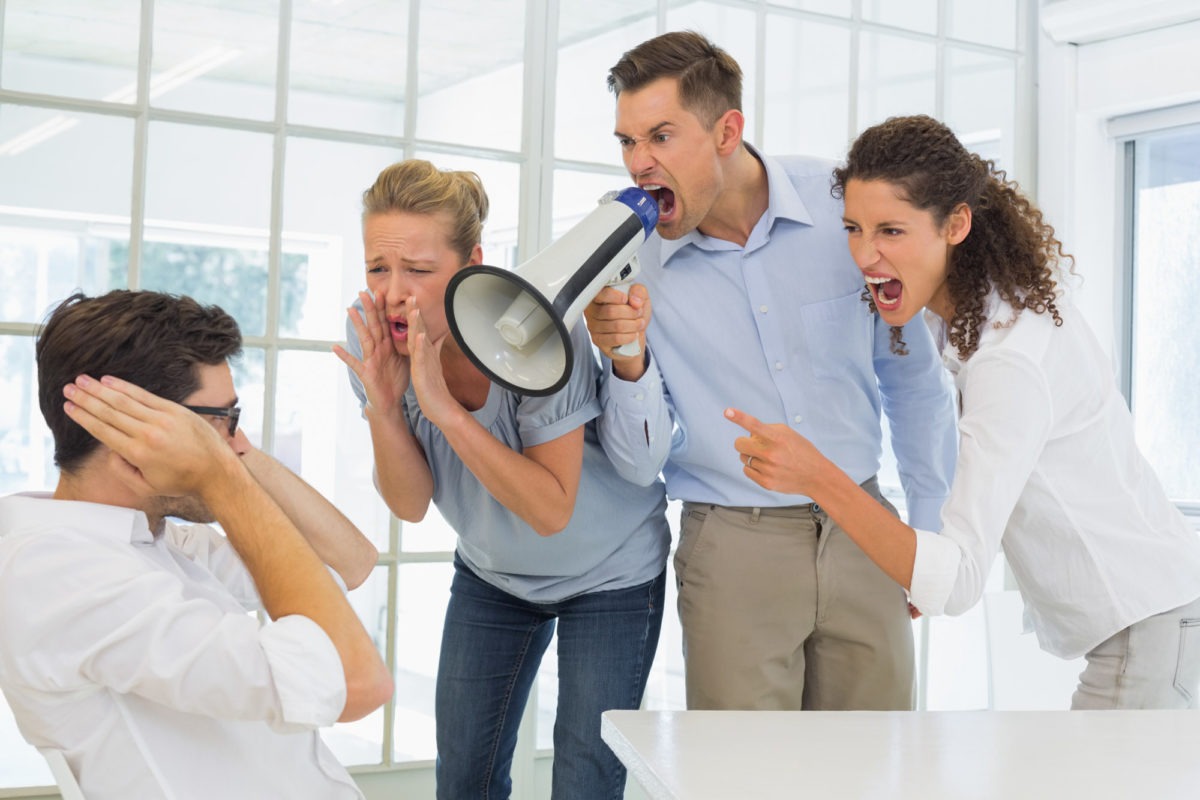